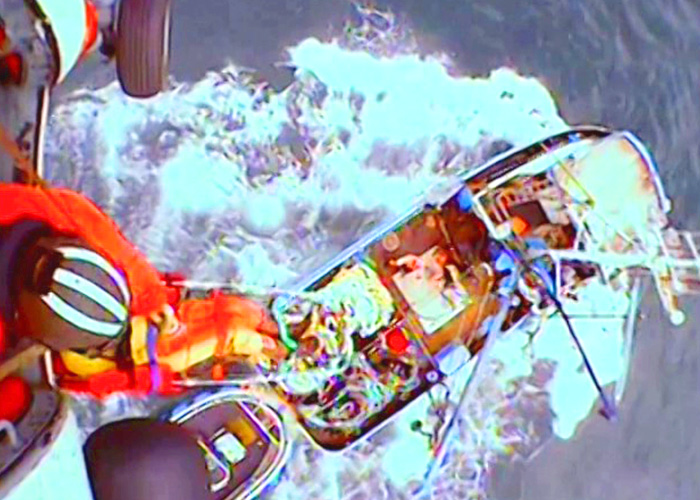 A Coast Guard Air Station Kodiak MH-60 Jayhawk helicopter crew medevaced a 58-year-old male after he suffered an ankle injury while aboard the F/V NEW DAWN. The 50-foot commercial vessel was near Shelikof Strait when the incident occurred on Sunday, June 18th.

“Due to the crewman’s possible need for an orthopedic surgeon, we determined the best course of action was to get him off the New Dawn and place him aboard the Jayhawk helicopter for transfer to advanced medical care” said Mr. Cory Cichoracki, watchstander at Sector Anchorage command center. “Despite the weather, the aircrew alongside the crew of the New Dawn, was able to complete a successful hoist.”

Watchstanders requested the Jayhawk launch after the duty flight surgeon recommended medevac of the injured crewmember. You can watch the heroic video here.

Winds were reported at 17-mph with 1-foot seas. The injured man was successfully hoisted aboard the Coast Guard helicopter, then safely transported to Kodiak for medical services.