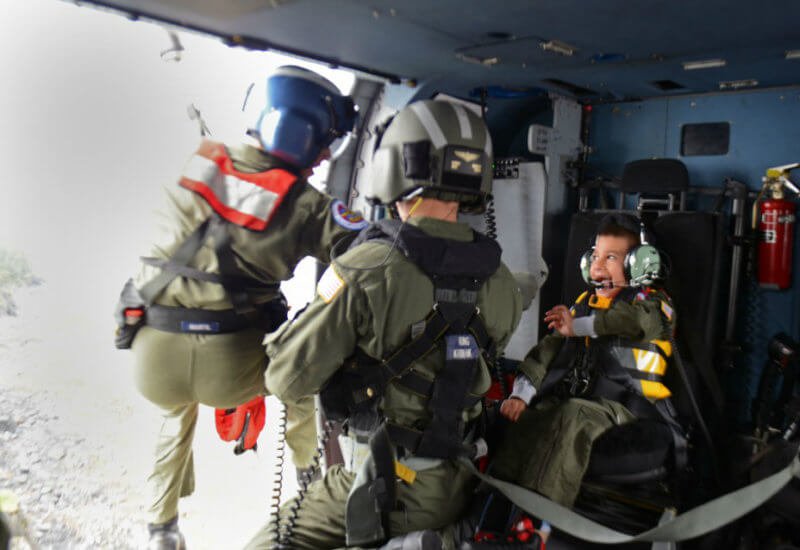 An 8-year-old boy from Woodland, Washington became an honorary rescue swimmer today when the Coast Guard Air Station Kodiak and Make-A-Wish foundation granted Andrew Bishop’s wish to be a rescue swimmer in Alaska.

After completing training in a modified rescue pool and basic air crewman training, Andrew donned a flight suit and reported for duty. During his flight aboard an MH-60 Jayhawk helicopter, he assisted in responding to a simulated search and rescue training drill, assisting in hoisting and performing CPR on an injured hiker then transporting him to the local air station.

Upon completion of the mission, Andrew was presented with an Air Medal for his work during the rescue. Coast Guard personnel and family members were at the presentation to congratulate Andrew on a job well done.