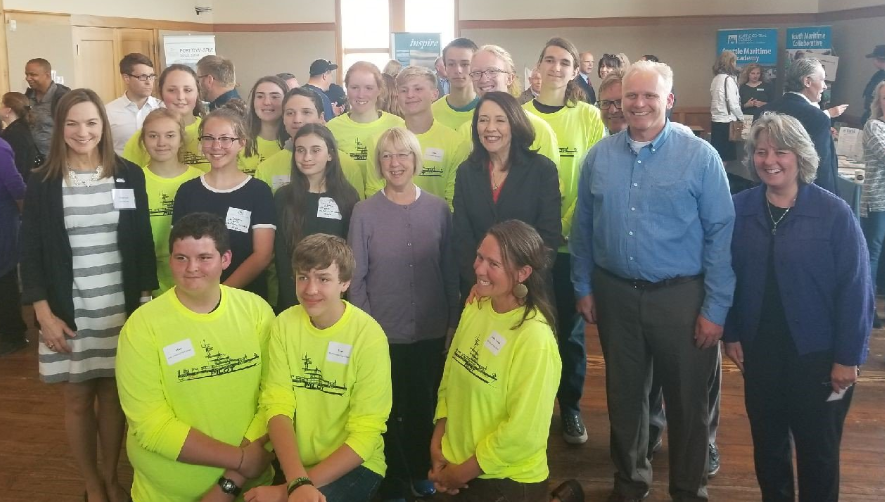 Mayor Stinson welcomed all pilots to the Northwest Maritime Center and praised them for their leadership in safeguarding our state’s maritime economy as well as the environmental health of our waterways.

According to historian Alice Alexander, the original pilotage program was created in 1868 by a territorial act. It was later repealed, then replaced with the Puget Sound Pilots organization, which requires all foreign vessels traveling in the Puget Sound and adjacent waters that engaged in foreign trade, have professional piloting services. This requirement was initiated to protect Puget Sound waterways against loss of life, loss or damage to vessels or property, and to protect the environment.