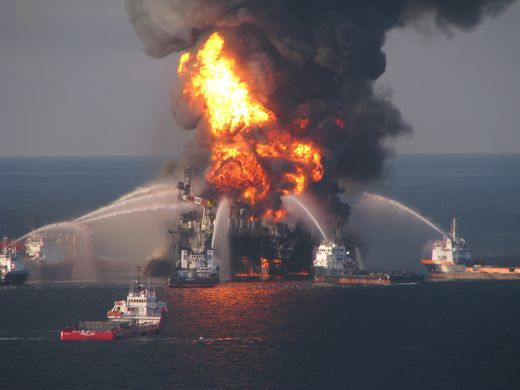 A Facebook post from the City of Kenner Government indicated that the fire may have ignited due to the presence of “cleaning chemicals on the surface of the oil rig platform,” but Jefferson Parish Sheriff Joe Lopinto could not confirm the cause of the explosion. Authorities, including Louisiana State Police HAZMAT Division, will continue to investigate.

Seven injured workers, five critically, were taken to a nearby trauma center. According to Michael Guillot, director of East Jefferson Emergency Medical Services, the injured workers were suffering from “blast-type injuries and burns.”

Search and rescue operations for the missing man, Timothy Morrison, 44, of Katy, Texas, were in full swing until Monday evening. After an extensive search of the area by multiple agency vessels, the search was suspended. “The decision to suspend a search is never an easy one,” said Cmdr. Zac Ford. “We send our thoughts and prayers to the Morrison family and all those affected by this incident.”