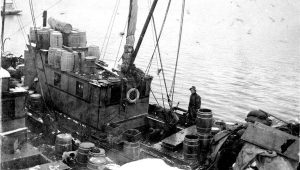 In the 1850s, vessels were often owned by individuals rather than corporations or conglomerates, as they are today. Older insurance policies were often not substantial enough to pay out to the vessel owner who may have lost their vessel and cargo. Moreover, technology was not available for weather prediction and communication as it is today, and piracy attacks at sea were much more prevalent. In short, the Limitation of Liability Act was originally created to protect the U.S. shipping trade. Under the Limitation Act, vessel owners were allowed to limit their liability to the “post loss value” of the vessel involved in a maritime casualty. The Limitation Act applied, and applies, to “seagoing vessels and . . . all vessels used on lakes or rivers or in inland navigation.”

An example of an attempt to use the Limitation of Liability Act in recent times involved the sinking of the V/V EL FARO. This vessel navigated directly into a hurricane despite a history of engine failures. Records show that the captain wanted to sail around the storm and may have received pressure to sail directly into the hurricane to save transit time. It is believed that the vessel stalled in the storm and then sank, and all 22 crew members perished in the tragedy.

If you have been injured and received a notice of a Petition for Limitation of Liability by the vessel owner, you should contact an experienced maritime lawyer as soon as possible. There is a limited window of time to answer a Petition for Limitation of Liability and assert your rights to damages. A timely and proper answer must be filed to protect your rights.