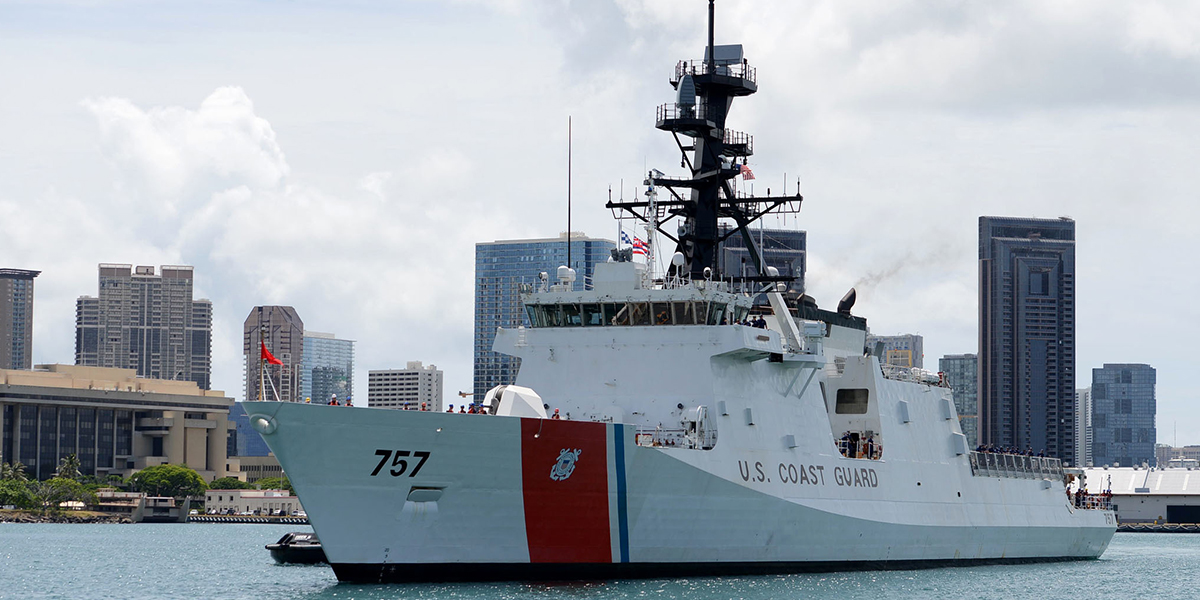 The fishing vessel was located outside of the Dolphin’s range, so watchstanders called on the U.S. Coast Guard Cutter MIDGETT to act as a “lily pad” refueling station for the crew. After refueling on the MIDGETT, the Dolphin aircrew arrived at the scene and hoisted the injured man.

The Dolphin then returned to the MIDGETT for refueling and was able to deliver the injured man to awaiting medical personnel at Queens Medical Center. His condition is unknown.

This rescue highlights the coordination and care required by the men and women of the U.S. Coast Guard to keep our maritime workers safe.