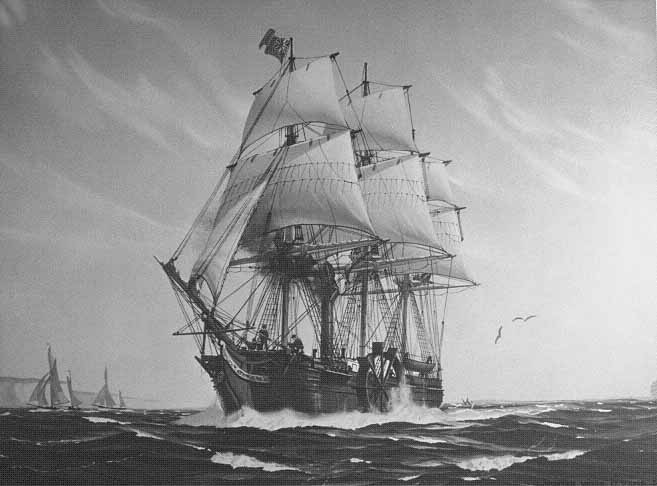 On May 22nd we observe National Maritime Day, a holiday that recognizes and honors one of our country’s most important industries. Since it’s very beginnings, our country has identified itself as a seafaring nation. Our economy, commerce, and security depend on those who work at sea. On this day, we honor this history and the men and women who work in the maritime industries and trades.

The date was originally chosen as it was the anniversary of the day the American steamship Savannah set sail for the first ever transoceanic journey in a ship powered by steam. On May 22nd, 1819 the vessel headed for England on the first ever journey of this kind, in a ship powered by steam (it was actually a hybrid vessel, and so had a little help from the sails). The vessel arrived in England 29 days after leaving the U.S.

Congress officially established the holiday on May 20, 1933, but after WWII the annual celebration took on the flavor of a day of remembrance, as it was the Merchant Marines who had transported supplies and troops to war zones around the world. More than 250,000 Americans served in the Merchant Marines during WWII, and 6,700 were killed during duty. Hundreds were captured and detained as POWs, and over 800 U.S. merchant vessels sank or were damaged in the war zones they entered.

If you know someone who is currently or has in the past worked in the Maritime trades, take this opportunity to invite them to tell you a story about their adventures working at sea. And please, thank them for their service.