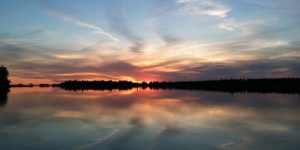 He was pulled aboard the 32-foot commercial fishing vessel he was diving from, then taken to the Port Angeles Boat Haven Marina. CPR was performed on the fishing vessel, then continued by Port Angeles Fire Department personnel as they transported him to Olympic Medical Center. He was pronounced dead at 9:46 a.m.

The Clallam County Coroner’s Office has planned an autopsy, and the Clallam County Sheriff’s Office is investigating the incident. Grayzone Seafood & Trade LLC holds the harvesting permit, and Mr. Gockerell was reportedly an employee of the company.

This tragic accident demonstrates the dangers commercial divers and commercial fishermen face each day. Diving accidents are often caused by unsafe equipment, poorly maintained equipment, as well as an improperly trained crew. The laws are complex, and it can be difficult to determine which laws are applicable to a specific case.

With over 65 years of combined experience in Jones Act and Maritime Law, the attorneys at Stacey & Jacobsen, PLLC are some of the most experienced maritime lawyers in the nation. They have handled thousands of maritime injury accidents, including over 50 maritime wrongful death claims. They are uniquely qualified to handle diving injury claims and cases.

The Stacey & Jacobsen, PLLC team understands how diving accidents happen and how they could have been prevented. They are dedicated to getting fair compensation for clients. If you or a loved one has been involved in a diving accident, call today for a free consultation about your case.