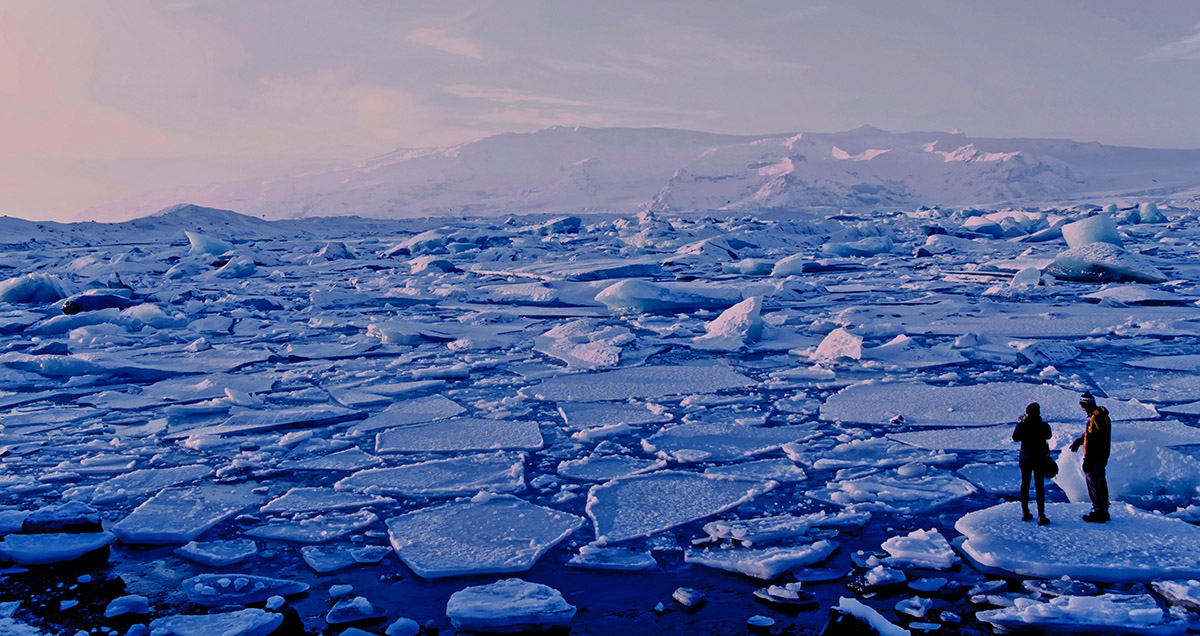 In what is being called an historic agreement, countries have joined forces and agreed to a moratorium on commercial fishing within the unregulated Arctic Ocean. Five countries with Arctic shorelines, the United States, Canada, Russia, Norway, and Denmark (representing Greenland), have come to an agreement with Iceland, China, Japan, South Korea, and the European Union. All have signed on.

While commercial fishing in the icebound Arctic Ocean would not have been a possibility even a decade ago, the area is rapidly opening. Scientists agree that the polar ice cap is melting at an alarming rate, and current studies show that about 42% of the central Arctic Ocean thaws during the summer months. If this trajectory continues, commercial fishing fleets will before long have access to these unregulated waters. The agreement prohibits trawling in the international zone of the Arctic Ocean for 16 years. This will allow scientists to better understand the region’s marine ecology and form a plan for sustainable fishing.

The agreement protects approximately 2.8 million square kilometers of international waters, and was reached following more than two years of discussions and negotiations, according to Science magazine. “It’s the first time an international agreement of this magnitude has been reached before any commercial fishing takes place on a region of the high seas,” said Dominic LeBlanc, Canada’s minister of fisheries, oceans and the Canadian Coast Guard, in a statement. “There is no other high seas area where we’ve decided to do the science first,” says Scott Highleyman, vice president of conservation policy and programs at the Ocean Conservancy in Washington, D.C., who also served on the U.S. delegation to the negotiations. “It’s a great example of putting the precautionary principle into action.”

As the polar ice cap recedes, more sunlight is able to penetrate the water, which increases plankton production. Arctic cod feed on this newly abundant food source, which in turn sustain animals higher up the food chain such as seals, polar bears, and humans.

The Arctic Ocean is currently unregulated. Researchers and policymakers fear harm could come to this fragile ecosystem. For example, in the late 1980s, fishing trawlers sailing under many country flags overfished the Bering Sea between Russia and the United States. These were considered international waters, and open to any vessel. By the early 1990s, millions of tons of pollock had been harvested. The pollock population crashed, and has never recovered. In 2012, a delegation of about 2000 scientists called for the fishing moratorium in the Arctic Ocean to prevent a similar disaster.

“The delegations saw the wisdom in waiting to start commercial fishing until there was enough science and management in place,” said Ambassador David Balton of the U.S. Department of State in Washington, D.C., who has chaired the negotiations since 2015. The 16-year agreement will automatically renew every 5 years, unless a country objects or until science-based fisheries quota and rules are established. Stakeholders are committed to joint scientific research, study, and monitoring. These studies will help us better understand the changing Arctic Ocean ecosystems and help determine whether the region can support future commercial fishing.

“There has been a lot of discussion about shipping in the Arctic Ocean, but in my experience the first people into an ocean are the fishermen,” said Peter Harrison, an Arctic policy and fisheries expert at Queen’s University in Canada, and a former deputy minister of Canada’s Department of Fisheries and Oceans. Harrison would like to see the creation of a new multinational science organization focused on the Arctic Ocean. “If you say commercial fishing will not take place until there is sufficient science, going forward, the science will play a very significant role,” he said.

Karmenu Vella, EU Commissioner for the Environment, Fisheries and Maritime Affairs, called the legally binding agreement “historic”, and went on to say, “It will fill an important gap in the international ocean governance framework and will safeguard fragile marine ecosystems for future generations.”