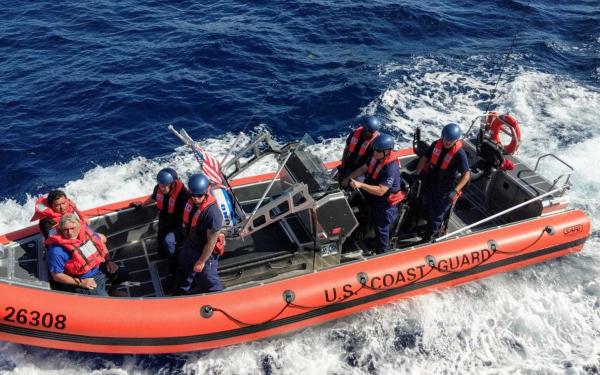 While Monday was the first day back to work for hundreds of thousands of workers around the country, it was just another day for the U.S. Coast Guard; they have been working without pay since the partial government shutdown began on December 22, 2018. Most service members received a check for back-pay on Monday, but the possibility of another shutdown on February 15th is making families nervous, keeping pop-up food pantries open, and has Brett Reistad, national commander of the American Legion, looking for ways to replenish the organization’s Temporary Assistance Fund, which has been severely depleted after over $1 million in grants of $500 to $1500 were distributed to needy Coast Guard families. In a statement, Reistad said, “I’ve been in the Legion 38 years, and I’ve not experienced an instance like this.” Approximately 1,500 grants have been distributed to 1,713 Coast Guard families since January 15th. Specifically, 3,170 children of Coast Guard workers were helped by these grants.

“We try to stay out of politics,” Reistad said, “but we have to recognize the possibility of this happening again. These are our brothers and sisters,” he said of Coast Guard members. “They were out there risking their lives, saving lives.” If Congress and the White House are unable to compromise, another government shutdown could ensue on February 15th.

Since the U.S. Coast Guard falls under the Department of Homeland Security, they are one of the government agencies not paid during a shutdown but are still required to show up for work. Many politicians are working towards legislation that would ensure that Coast Guard workers get paid just as other branches of the military during a government shutdown.

In times past, it was relatively easy for families to go to their local bank and get a line of credit for personal use. Those days are over, as banks look for larger guaranteed loans such as home mortgages. That has put a tremendous amount of stress on families who need their paychecks to feed their families, pay bills, and keep a roof over their heads.

According to the Congressional Budget Office, the five-week partial shutdown cost the U.S. economy approximately $11 billion. It is expected that some of that money will flow back into the economy as funds are distributed and workers are paid back wages, but there is economic damage of about $3 billion that will never filter back into the economy. And, as the threat of another shutdown looms, workers may not be willing to spend, but rather will brace their households for another stressful round of income shortfalls.