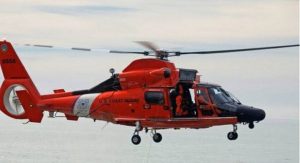 The Coast Guard searched for the missing fisherman for over 11 hours, covering an area of approximately 700 square miles. “It is with a heavy heart the Coast Guard makes the decision to suspend a search-and-rescue case,” said Capt. Greg Fuller, the Sector Humboldt Bay commander. “We extend our deepest condolences to this man’s loved ones and the entire fishing community.”