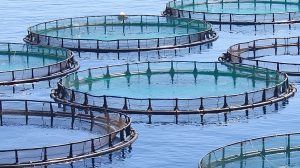 END_OF_DOCUMENT_TOKEN_TO_BE_REPLACED

This month a new bill called the Keep Fin Fish Free Act (H.R. 2467) was introduced in response to the growing concerns regarding aquaculture operations. Alaska Congressman Don Young (R-Alaska) introduced legislation that would stop officials from the Secretary of Interior and the Secretary of Commerce from authorizing commercial finfish aquaculture operations in the Federal Exclusive Economic Zone (EEZ) unless specifically authorized by Congress. This legislation has many supporters across environmental and anti-fish farming organizations including Healthy Gulf, Institute for Fisheries Resources, Friends of the Earth, and NOAA.

The concerns raised regarding these facilities involve pollution spread by untreated wastewater, the spread of pests and diseases to native species, the introduction of even more antibiotics into our waters, and spills like the incident that occurred in August 2017 that resulted in more than 260,000 non-native Atlantic salmon being released into Puget Sound. However, one of the greatest concerns among aquaculture critics is the need to harvest wild fish in order to produce the feed necessary to raise open net pen Atlantic salmon.

“The seafood industry is critical to Alaska’s economy, and we must be doing all we can to protect the health and integrity of our state’s wild fish stock,” said Congressman Don Young. “If not properly managed, industrial aquaculture operations threaten Alaska’s unique ecosystem with non-native and genetically modified fish species. My legislation takes needed steps to prevent the unchecked spread of aquaculture operations by reigning in the federal bureaucracy, and empowering Congress to determine where new aquaculture projects should be conducted. It’s up to us to ensure that our oceans are healthy and pristine, and I urge my friends on both sides of the aisle to join me in this important effort.”

END_OF_DOCUMENT_TOKEN_TO_BE_REPLACED

Last week, the Food and Drug Administration approved a supplemental New Animal Drug Application (NADA) submitted by AquaBounty Technologies, Inc. While the original application was approved in 2015, this current application grants AquaBounty Technologies, Inc. the right to raise a GMO salmon species it has developed called AquAdvantage salmon at their farming facility near Albany, Indiana. The facility uses growth tanks rather than ocean pens and will be able to grow 1,200 tons of GMO salmon per year. The facility was designed so it can be expanded quickly to meet higher levels of demand for the new product.

According to an FDA report, AquAdvantage salmon is a genetically-engineered fish that can reach market growth more rapidly than nonmodified farm-raised Atlantic salmon. The fish are able to grow quickly because they contain DNA composed of the growth hormone gene found in Chinook salmon under the control of a gene from another species of fish called an Ocean Pout, which keeps the Chinook growth hormone gene switched on. This creates a fish that can grow to market weight in 18- to 20-months vs. the 28- to 36-month period it takes to grow farm-raised Atlantic salmon. Wild salmon growth rates vary widely depending on the species.

END_OF_DOCUMENT_TOKEN_TO_BE_REPLACED 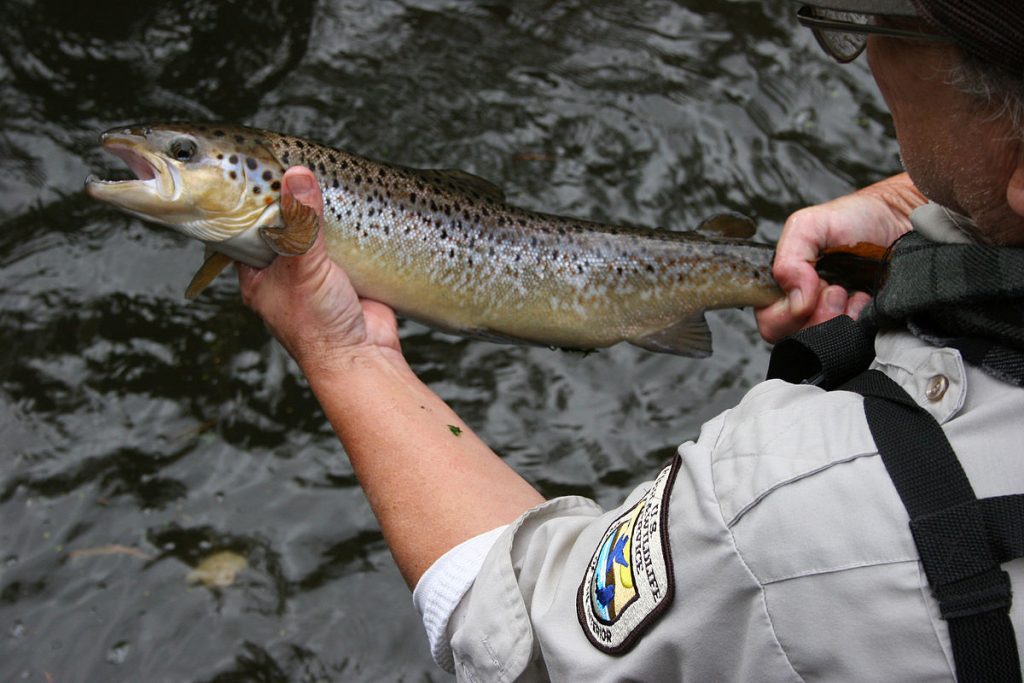 The Washington State Senate has voted 31-16 to ban all new Atlantic salmon farming in the state and phase out net pen farming by 2025. The phasing out plan will happen gradually as existing aquatic leases expire. This is an update to a post dated August 29, 2017, when we reported that a net pen breach was discovered after Lummi fishers began catching rouge Atlantic salmon along with indigenous Chinook salmon. It was estimated that over 250,000 Atlantic salmon escaped into the Salish Sea.

Initially, Cooke Aquaculture, the owner of the pens, reported that the net pen breach was due to the solar eclipse and high tides. However, after a four-month investigation by three state agencies, it was found that the escape was due to poor maintenance and negligence. At the time of the breach, Hilary Franz, Commissioner of Public Lands, had already terminated two leases with Cooke at Cypress Island and Port Angeles due to violations of their lease agreement.

“The state ban is a strong stance to ensure the protection of our marine environment and native salmon populations in the Salish Sea,” said Senator Kevin Ranker. “We have invested far too much in the restoration of our Salish Sea. The economic, cultural, and recreational resources of these incredible waters will no longer be jeopardized by the negligent actions of this industry.”

END_OF_DOCUMENT_TOKEN_TO_BE_REPLACED

A breach in a net pen was initially blamed on high tides and the eclipse.  However, in a revised press release, Cooke Aquaculture no longer listed the eclipse as a possible cause, but rather “Exceptionally high tides and currents caused damage to a salmon farm that has been in operation near Cypress Island for approximately 30 years.”

Whatever the cause of the Atlantic salmon spill on Cyprus Island, aquaculture operations have been put on hold in the Pacific Northwest after a moratorium was placed on new and pending permits for fish farming in Washington State. Governor Jay Inslee and Hilary Franz, Commissioner of Public Lands, jointly imposed the freeze on permits after the Cooke Aquaculture Pacific net pen breech occurred on August 19th.

Cooke leases public bedlands from the Department of Natural Resources, and is now in violation of that lease agreement. In order for Canadian based Cooke Aquaculture Pacific to be “in compliance” with the terms of their lease, they must clean up and manage pen failures at the Cypress Island facility said Cori Simmons, head of communications for the Department of Natural Resources.